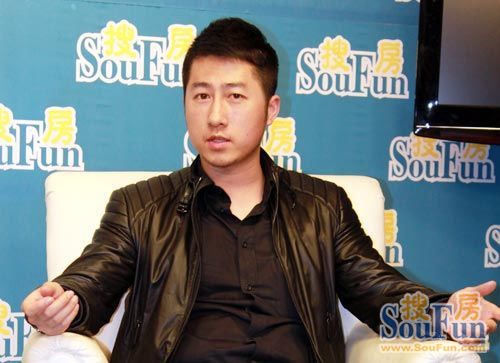 [Reporter] We are very honored to have invited Song Xueming, the general manager of SLG China. Song always greeted our netizens.

[Song Xueming] Hello everyone, I am Song Xueming, the chief representative of SLG in China. I am very happy to meet you today.

[Song Xueming] Three years, SLG has already passed the initial stage of relatively difficult market development and expansion. Now, after three years, the number of our stores in China has reached more than 15 stores, all over Beijing, Shanghai, Guangzhou, Shenzhen and some cities with more developed areas in Jiangsu and Zhejiang, such as Wenzhou or Ningbo, Hangzhou and Other cities. In the past, domestic high-end sleep products were a relatively blank piece for the Chinese market, but today, I think it is a very perfect market, so SLG should be said to have chosen the right time to enter the Chinese market. .

[Reporter] I feel that especially as some of the international high-end sleep products in the domestic market and the degree of development of the entire industry, but many mature industry comparisons are relatively backward, so I want to know you What should be the state of this promotion of the ideal brand in mind?

[Song Xueming] It should be said that sleep is a very professional and subdivided market for some foreign markets. For example, in the United States, Simmons and Siri and Celta will enter a professional sleep shop. One model presented in this sleep shop is a store of more than one hundred flats, which are equipped with different brands of products. Each brand may have two or three models. They are not particularly concerned with the decoration and furnishings of the store, and the so-called This kind of professional service, but more to take the sleep thing as a very fine thing to sell as a single category, but after entering the Chinese market, many high-end sleep brands are also taking such a sales habit, But they found that this can not satisfy a special consumer demand of Chinese consumers, some high-end consumers in China, what they need is that you have to do better, maybe you need a very beautiful store first, then have A very good display environment, even if you don't just need to have a sleep product, you still need to have a very The bedroom furniture is used as a foil to bring out the whole atmosphere, so that consumers can feel that this is a high-end, luxurious sleep shop, but of course it will eventually fall to the core idea that it is a sleep shop. . Therefore, I think we may learn to adapt to the high-end consumer groups after entering the Chinese market, so I want to talk about high-end sleep shops in China and high-end sleep shops in other countries in the world. The form shown is not the same, right.

[Song Xueming] You said that this problem is caused by many foreign imported brands. Because Asian sleep habits and European and American sleep habits will be different, it may be that the whole of Asia, whether it is China, Japan or South Korea, is inclined. This kind of mattress is hard to sleep, and people seem to be not very cold on thick mattresses. So after entering the Chinese market for a while, we also do some market research, including doing some feedback, with those of us already Forming the consumers to buy, so we have also adjusted some of the products to adapt to the Chinese market. Just like Siriâ€™s in the United States may be more than 35 cm thick, but after it enters the UK, itâ€™s all about 25 cm, so in the future, SLG will also go out with a large part of the product. To cater to the Chinese market and meet some of the sleep habits of Chinese consumer groups.

Of course, what I have to emphasize is that sleep habits are still a habit after all. It is not necessarily scientific and not necessarily correct, so I think it should be a process of adjustment. You cannot change it completely, but you can Gradually adjust to the final adjustment to a scientific state of sleep, because the Chinese people used to think that the hard bed that should sleep, in fact, is not in line with science, is not ergonomic, and is also unreasonable, Therefore, we may also need to be guided and nurtured by the market, and change it to a correct state by little by little.

[Reporter] According to your understanding of the market, what kind of product characteristics and price level do you think are in line with Chinese consumption habits?

[Song Xueming] It should be said that the products we imported originally may be from a price of 28,000 or even the most expensive to a price of 100,000. I think such a price may be clear to serve a very small one. Consumer groups, but I think that for some of Chinaâ€™s ordinary consumer groups, I personally think that the mattress from 5,000 to 10,000 can still accept a price, and I also feel that if With the premise of localization, we are fully capable of creating such good and targeted products for consumers that they can meet their sleep needs. This is something that can be done. .

[Reporter] Do you think SLG is a localized reality? How long will this period of time be?

[Song Xueming] It should be said that localization is a big trend. Now many of our competitors have heard that there are Simmons and Siri. They have set up their own factories in Jiangsu and Zhejiang provinces. It may be a matter of time to localize. It will be An inevitable process. Because many brands are mainly based on circulation brands, he may be better at marketing most of this consumer group. For SLG, I feel that after entering the Chinese market, I have to familiarize myself with this market. I need to understand and analyze how this market can survive in this market better. I think if it is in China, if Putting all the energy into serving the niche group should not be the best choice, because China is a populous country with a strong spending power, and the Chinese peopleâ€™s consumption consciousness, his transformation. The process is very fast, and some people may realize it, and soon everyone will realize it. So I think SLG's long-term plan in the future is also committed to serving most people. This is also a very important future for us, I think. Because in such a big market in China, if you don't make a share, you still can't grasp the most valuable place in this market.

[Reporter] Just now we talked about some aspects of the development of some brands and products. Next, we really want to know some of our current situation in the channel, because I understand that SLG is constantly increasing the channel's promotion in the past two years. How is the progress now?

[Song Xueming] I think some companies are taking the initiative to realize the importance of channels. Some enterprises may be forced to open up some channels to sell, no matter if you are in a relatively sluggish retail market in the past two years. Whether it is active or passive, now everyone in the line has realized the importance of the channel, and the stability of the channel. It is much more stable than retail. We now attach great importance to this, but I After a period of market operation, I found that it is difficult to go out and use the mattress as a sole sales product to carry out the channel. Because no one is now willing to integrate a lot of scattered resources, to complete a very simple thing, is to complicate a simple matter, so today as our company itself, we must first enrich and improve our own categories, accurate Defining an area, which space and area we want to operate, says that what SLG is doing now is an output of the entire luxury overall bedroom system. After taking this as a scope of ours, we may be looking for a very good partner for us, including our current Milan exhibition in Italy. We are also carrying out such a clear purpose to integrate this brand resource. To achieve this kind of strong alliance, and then bundle the two scarce resources together to develop the channel, this is an idea we have now.

[Reporter] Do you think that such a trend is in line with the development of the entire industry?

[Song Xueming] Now this is a demand for upstream and downstream. It can also be said to be a requirement. For example, we are talking about a project in a real estate model. If I talk about this project with a single mattress brand, That is unrealistic, because there is no way to supply only a single product to get the whole project, so we definitely need to integrate the resources of furniture, and then make it into a complete system and system, and then go to the channel. Resources, technical resources, a total of several aspects, hotels, clubs or some high-end real estate model, it needs a whole, any single brand is no way to complete this whole Planned, so now there are only two kinds now, one is to take the initiative to integrate, other necessary resources, or waiting for other people to integrate you, we hope that we can take the initiative to integrate others, then Go to your own channel.

[Reporter] You think that our integration is like this. Our plan may be in the first-tier cities of provincial capital cities. I hope that it will be more perfect. Do you think such a plan can be completed within a few years?

This acrylic makeup organizer organizes all your makeup and cosmetics and holds various beauty items in one place and fits on most dressers. It is
made of high-quality acrylic which is a clear plastic. Perfect for storing lipsticks, foundations, bronzers and much more and suitable for home or professional use