In this paper, the capillary column and pulsed flame photometric detector were used to identify the sulfide in the liquefied gas produced by Sinopec Jinan Branch. Compared with the sulfur determination method, this method has the advantages of simple operation and high sensitivity, and is suitable for the analysis and identification of trace sulfides in liquefied gas and other gases in refineries.

The sulfide in liquefied gas in refineries is usually the poison that poisons the catalyst during its deep processing, which will affect the quality of subsequent products and needs to be removed [1]. To this end, the sulfide must first be analyzed and identified, so as to select or optimize the desulfurization process in a targeted manner. For sulfides in liquefied gas, gas chromatography is mainly used to separate and detect various sulfides in liquefied gas. Previous researchers used chromatographic-flame photometric detector (GC-FPD) [2], chromatography-double Flame photometric detector (GC-DFPD) [3], chromatography-flame ionization and flame photometric detection technology (GC-FI-FPD) [4] and chromatography-mass spectrometry (GC-MS) [5] were measured Although some progress has been made in qualitative aspects, the operation is cumbersome, hydrocarbon peaks and sulfide peaks interfere with each other, identification is difficult, and higher requirements are placed on the separation performance of the column [6].

Gas chromatography-pulse flame photometric detection technology (GC-PFPD) is a new technology developed for the analysis and detection of sulfides in recent years [7]. Compared with the traditional GC-FPD, due to the use of pulse flame combustion technology, sulfur filter filtering hydrocarbon luminescence technology, and the use of different delay time gate amplifiers to receive S and C luminescence, respectively, it has high sensitivity and S / C selection Good performance (up to 107), no hydrocarbon quenching and other advantages [8]. In this paper, the method of morphology identification and content analysis of sulfide in liquefied gas was established by GC-PFPD. This method was used to identify sulfide in liquefied gas of Sinopec Jinan Branch Company. A total of 9 kinds of sulfides were analyzed and the subsequent impact was identified. Sulphide form and content of propylene polymerization unit.

1. 2 Working conditions of the instrument

Repeated detection of a representative carbonyl sulfide standard sample to investigate the repeatability of the instrument. The results of 5 parallel detections of carbonyl sulfide standard samples with a concentration of 5.05 Î¼g / g were 5.052, 5.048, 5.039, 5.029, and 5.050 Î¼g / g, respectively, and the average value was 5.043 Î¼g / g g, equivalent to 99.86% of the standard sample concentration, indicating that the accuracy of the test results is good. The relative standard deviation of 5 tests is 0.20%, which shows that the method has good repeatability.

GC-AED is an existing trace sulfide detection instrument with high sensitivity, but its S / C selectivity is low, only 104, which puts higher requirements on the separation performance of the chromatographic column; Due to the long time required for GC-AED detection, it usually takes 80 minutes, and its high price and high operating cost limit its promotion and application.

For liquefied gas samples, the carbonyl sulfur detected by GC-AED was 30.65Î¼g / g, and the carbonyl sulfur detected by GC-PFPD was 30.95Î¼g / g; thus it can be seen that the analysis results of the two are very close The relative error is only 0.98%. Oxidized microcoulometric sulfur is a commonly used method for determining total sulfur, which is widely used in the determination of total sulfur in liquefied gas in refineries and is listed as an industry standard. However, due to its low sensitivity and the inability to identify the form of sulfide and analyze the content of monomer sulfide, it cannot provide effective guidance for production.

When analyzing the liquefied gas samples by GC-PFPD method, a total of 4 kinds of sulfides were detected, and their morphologies and contents were carbonyl sulfide 5.6 Î¼g / g, methyl mercaptan 140.8 Î¼g / g, and ethyl mercaptan 13. 2 Î¼g. / g, dimethyl disulfide 43.6 Î¼g / g, methyl ethyl disulfide 3.9 Î¼g / g, the sum of various forms of sulfur content is 207.1 Î¼g / g; The total sulfur detection result of the sample was 201Î¼g / g, the measurement results of the two were relatively close, and the relative error was 3.0%. Therefore, it proves the reliability of the GC-PFPD test results.

During a certain period of time, the customer reported that the non-woven fabric produced by the Jinan branch using polypropylene has an odor. For this reason, we conducted an investigation into the causes of the odor. Using GC-PFPD to analyze and detect the gas in the non-woven bag, it was found that hydrogen sulfide was present, and the content was 0.046Î¼g / g, which has exceeded the low limit of human olfaction.

Using the GC-PFPD method established in this paper, the sulfide in the liquefied gas of Sinopec Jinan Branch was identified, and a total of 9 forms of sulfide were identified, namely: â‘ carbonyl sulfur; â‘¡hydrogen sulfide; ; â‘£ ethyl mercaptan; â‘¤ dimethyl sulfide; â‘¥ propyl mercaptan; â‘¦ dimethyl disulfide; â‘§ methyl ethyl disulfide; â‘¨ diethyl disulfide; identified the final entry into the polypropylene plant The form and content of sulfide remaining in refined propylene. Compared with the existing microcoulometric sulfur determination method and gas chromatography sulfur determination method equipped with atomic emission spectrometry, this method has the advantages of simple operation and high sensitivity, and is suitable for the morphological identification of trace sulfides in liquefied gas in refineries. It can also be used for the analysis and identification of trace or trace sulfides in other gases.

A good cosmetic packaging box can be favored by consumers. The shape, color, pattern, and material of the cosmetics packaging box should be able to arouse people's love. The consumer's dislike is very important for buying impulse. People's good feelings for products come from two aspects. The first is practical aspects. Whether cosmetics packaging boxes can satisfy consumers' various needs and provide convenience is related to the size, quantity, and exquisiteness of the packaging box. The same skin cream can be big bottles or small boxes. Consumers can make different choices according to their actual needs. The same product is beautifully packaged and easily selected as a gift. Use it yourself. When the product's packaging is beautiful and beautiful, it will naturally cause consumers to feel good.

The goodwill of consumers directly comes from the feeling of the shape, color, pattern, and texture of the cosmetics packaging box. This is a comprehensive psychological effect and is closely related to the personal and personal atmosphere. In terms of color, everyone has a favorite and annoying color, which of course cannot be forced, but they also have in common. For example, most women like white and red and pink. They are called women's colors. The use of white and red packaging can cause ladies to love. Men like to be solemn and solemn black, black is also called men's color, men's special packaging and black can get men's favor. All ethnic groups have different favorite colors, and people call them ethnic colors. This kind of national favorite psychology is also relative and changing. We just emphasize that a good cosmetic packaging box can influence the purchase behavior of consumers. 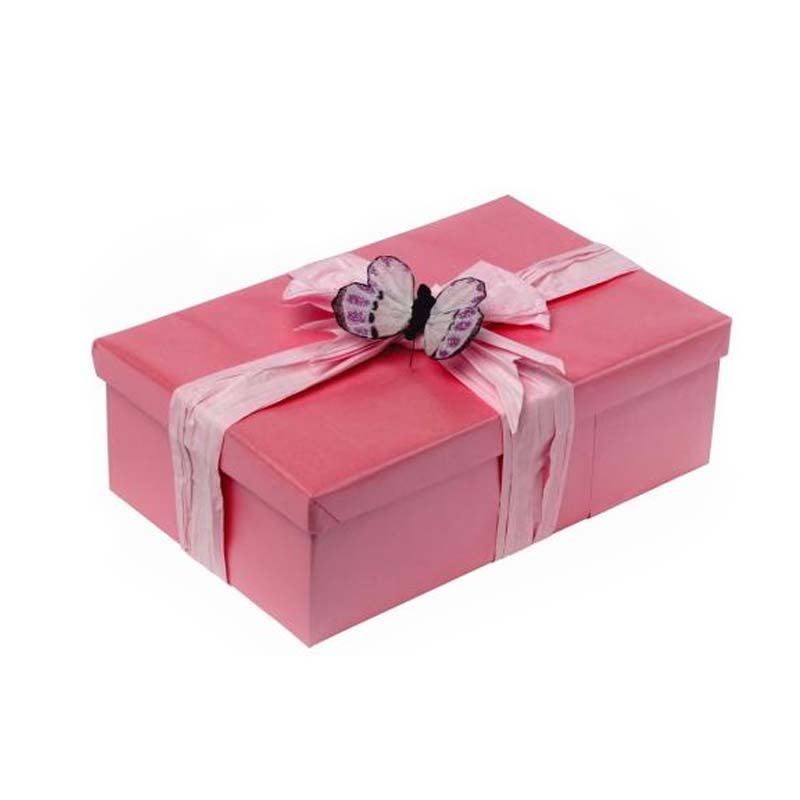